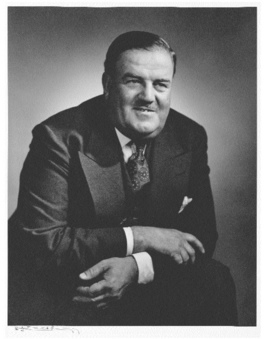 Stanley Thompson, recognized posthumously  as a Person of National Significance for his contribution to golf architecture was also known, along with his four brothers as one of the "Amazing Thompsons" for their collective golf abilities....

Architect of the twentieth century

‘A person of national historic significance.’

Stanley Thompson, born in 1893, was one of five brothers and four sisters. The eldest, Nicol was born in Scotland, as was his sister Marion. The other siblings were born in the Toronto area being progressively raised, at first, in Newmarket then in East Toronto where Stanley attended Malvern Collegiate.

The five brothers – Nicol, Matt, Frank, Bill and Stanley – would become known in North America as the Amazing Thompsons for their collective golf abilities. Two were professionals – Nicol and Matt – the others were amateurs. From 1921 to 1924 they dominated Canadian golf.

Nicol, regarded as a fine teacher and a ‘trickster’ with the golf ball, was the golf professional at Hamilton G&CC for almost fifty years. In the winters, he held court at the Belmont Hotel in Bermuda where he gave lessons to an elite group. He also won the CPGA Championship in 1923 and was runner-up that year in the Canadian Open.

Frank and Bill won four Canadian Amateur Championships between them. Stanley was regarded as possibly the best golfer of them all. A ‘sniper’ of the ball, his low hooking punch shots permitted the run-up shot (which ultimately may have led to his penchant for designing greens with generous front openings), he often played with five clubs. The brothers, it has been said, would drop everything when challenged and meet say, in Chicago, for a match. Traveling by train or car they would arrive at these venues for matches against the greats of the day including Bobby Jones. In any combination, they were often unbeatable.

The four sisters – Marion, Betty, Isobel and Jean – were all bright lights and, typical of the Thompson’s, were story tellers and loved a party. Marion, the eldest next to Nicol, was a fine lady who died at the age of 85. Jean was a socialite who lived much of her adult live in grandeur in Rio de Janeiro where her husband was an executive. Betty and Isobel were, from time to time (as Stanley did with his brothers) seconded to help out at various golf Clubs. Betty, a gardener of note who never married, lived much or her life in Burlington. It has been said that she was the money brains behind the Thompson golf enterprise.

On the death of their father, Nicol called all of his brothers together for a meeting to decide their future. As the eldest, he felt this was his responsibility to do so. It was there that the decision was made for the Thompsons to remain in the golf business and that Stanley would lead the way. This would be the beginning of a new dawn in golf course architecture. 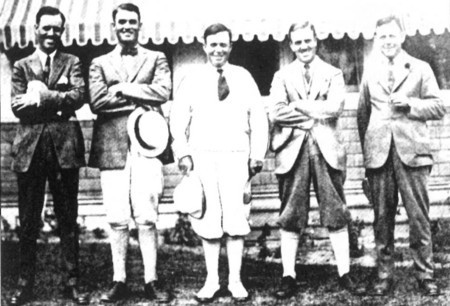 Stanley Thompson was rich and poor having spent fortunes many times over. He was married twice (his first wife died), he had no children other than his adopted son Norm; was a raconteur, an imbiber (preference was Canadian Club), a legend in his own time, founder (with Donald Ross) of the American Society of Golf Course Architects, photographed by Karsh, revered by writers of his day, a mentor to those who worked in his Toronto and Guelph studios (Robert Trent Jones, Howard Watson, Robbie Robinson, Geoff Cornish, Ken Melton, Norman Woods and Bob Moote – along with their many disciples including Doug Carrick, Ted Baker, Graham Cooke, Thom McBroom, Les Furber and David Moote). He died in 1953 after a stroke at the Royal York Hotel where he was preparing for a journey to South America.

There are many stories about Thompson, some fact, some fiction. But, perhaps the final story is the best one. In his last years he worked and lived at Dormie House located on the sixteenth fairway of the Cutten Club which he had designed in 1933 and purchased in 1948. It was Dormie House where Chuck Howitt, his executor, called the creditors together. Stanley, who died penniless, owed them more than $500,000. In the end, after difficult discussions, they all agreed to forgive his debts. One of them said, "Stanley did more for us individually, than we did for him.”

Stanley Thompson has been recognized posthumously as a Person of National Significance and is a member of both the Canadian Golf and Sports Halls of Fame. On June 29th 2008, Senator Michael L. MacDonald, on behalf of the Honourable Jim Prentice, Canada's Environment Minister and Minister responsbile for Parks Canada, unveiled a Historic Sites and Monuments Board of Canada plaque at Highland Links Golf Course in Cape Breton Highlands National Park 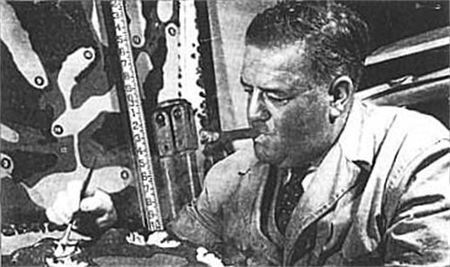 Thompson was well known for his detailed modelling of greens.  Here, a master architect is also the master painter.
Note: The further reading section provides more detail about his family and career. There is also a Foreword to Jim Barclay’s book, The Toronto Terror, by Geoffrey Cornish, which captures the life and character of Stanley Thompson. It is worth reading.