Like its sister course in King's Park (Tor Hill), this course was designed by Stanley Thompson in 1928. Opened in 1950, it was rebuilt with irrigation and grass greens in 1960, by then director of Parks and Recreation, Bill Murray. Thompson's design makes the most of the park's level to rolling landscape and many beautiful trees. True to Thompson's philosophy, the bunkers on the course have been placed to enhance play, rather than slow it down and frustrate golfers. The longest hole on the course is also its best. The 5th measures 563 yards from the championship tees. Its fairway is narrow with an out of bounds on the right. Two large bunkers guard the approaches to the narrow green, snaring many unfortunate golfers. 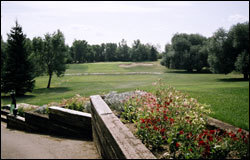 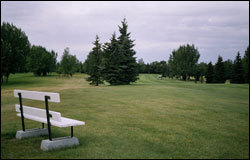