In the spring of 1946, a group of Jewish businessmen, a mix of golfers seeking a new course and non-golfers seeking a country club to call their own, purchased the 18 hole Royaumont Golf Course, on Portage Avenue, in the outskirts of west Winnipeg for $35,000. Renamed the Glendale Golf and Country Club, the new club offered equity share memberships for $1,000, with special reduced rates for ex-servicemen. A little over 200 memberships were sold that first year and annual dues were set at $60 - a figure club officials believed was key to attracting new members to a private club. Danny Stack was hired as the new golf professional, and plans were laid to make Glendale into a new and exciting golf and country club. Within three years, golf course architect Stanley Thompson was commissioned to redesign the par 71 course and a Winnipeg architectural firm, Green, Blankstein, Russell and Ham, was also commissioned to build a modern new clubhouse facility. All work was completed in 1951, making Glendale truly a new golf and country club. 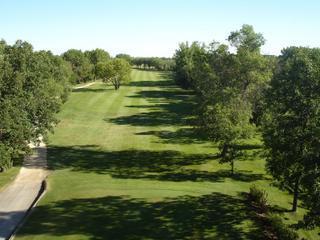 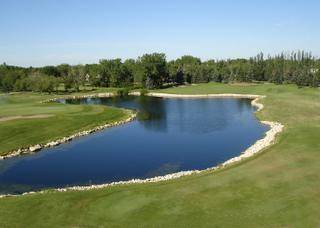