In the late spring of 1926, Stanley Thompson, Canada's famous pioneer course designer, built the 9-hole course. The beginnings of the course had started several years earlier when several local cottagers cleared many rocks from the farmland owned by one of them. First there were 3 holes and then 5 holes next year, before Thompson took over and designed the whole layout. The way the greens fit into the mounds at Big Bay Point is a characteristic feature of the Thompson courses. Ten years later, Thompson's sister, Mildred, drew up the plans for construction of the original clubhouse with the large stone fireplace its focal point. 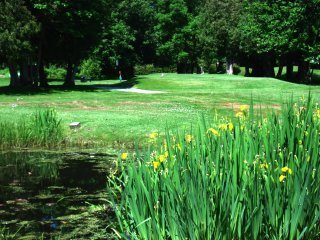 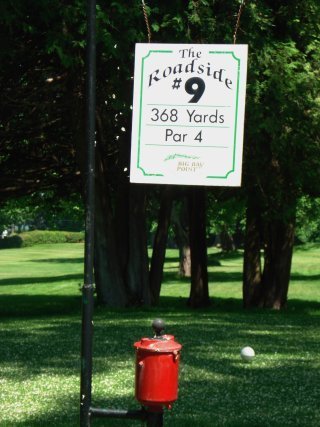