Golf came to Moncton at the turn of the century when two Scots brothers, Thomas and Gib Buckham, arrived in Canada as emigrants to work at the woolen mill at Humphreys. Both brothers were ardent golfers, who brought their clubs with them. Seeking a place to practice the sport they loved, they settled on a field a short distance from the mill and two miles from downtown Moncton. Eventually, with the financial help of the professionals and businessmen of the city, they decided to construct a golf links. Work started around 1900, on the property located on the Mill Road, bounded on the east by the lower pond and on the west side by the Shediac Road cemetery. The lower part of the links consisted of a rolling meadow while holes six to nine meandered up the hill, covered with clumps of small trees, brambles and blueberry bushes. The links were located a short distance from the railway station and the end of the streetcar line. The brothers’ idea caught on and club membership soon included the elite and wealthy of Moncton. Club members engaged in matches against members of Sackville, Amherst and Truro clubs. The visiting golfers traveled to Humphreys by train. Early in the century there was a move to build a golf course closer to the centre of Moncton. Rev E.B. Hooper, rector of St. George’s Anglican Church, was one of the principal founders and the Moncton club’s first president. Soon the two clubs start construction of a new course in Gunningsville, known as the Riverdale Club. Eventually, Riverdale becomes the Moncton Golf & Country Club. The course was extended to 18 holes in 1949. Barclay 2000 states the Canadian Golf Review of June 1962 reported that Stanley Thompson supervised the construction of 12 holes 13 years earlier (1949). Barclay suggests that Thompson's contribution was probably in expanding the old nine holes of the Riverdale club to holes in 1932-33 however evidence is scant. 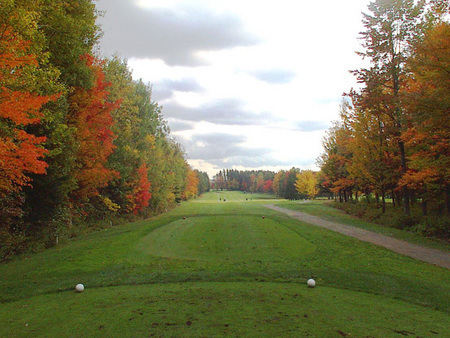 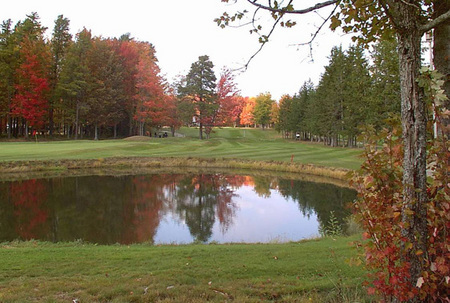 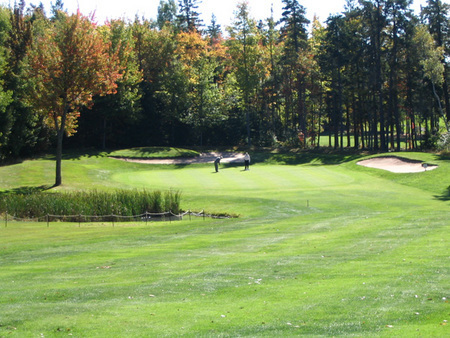